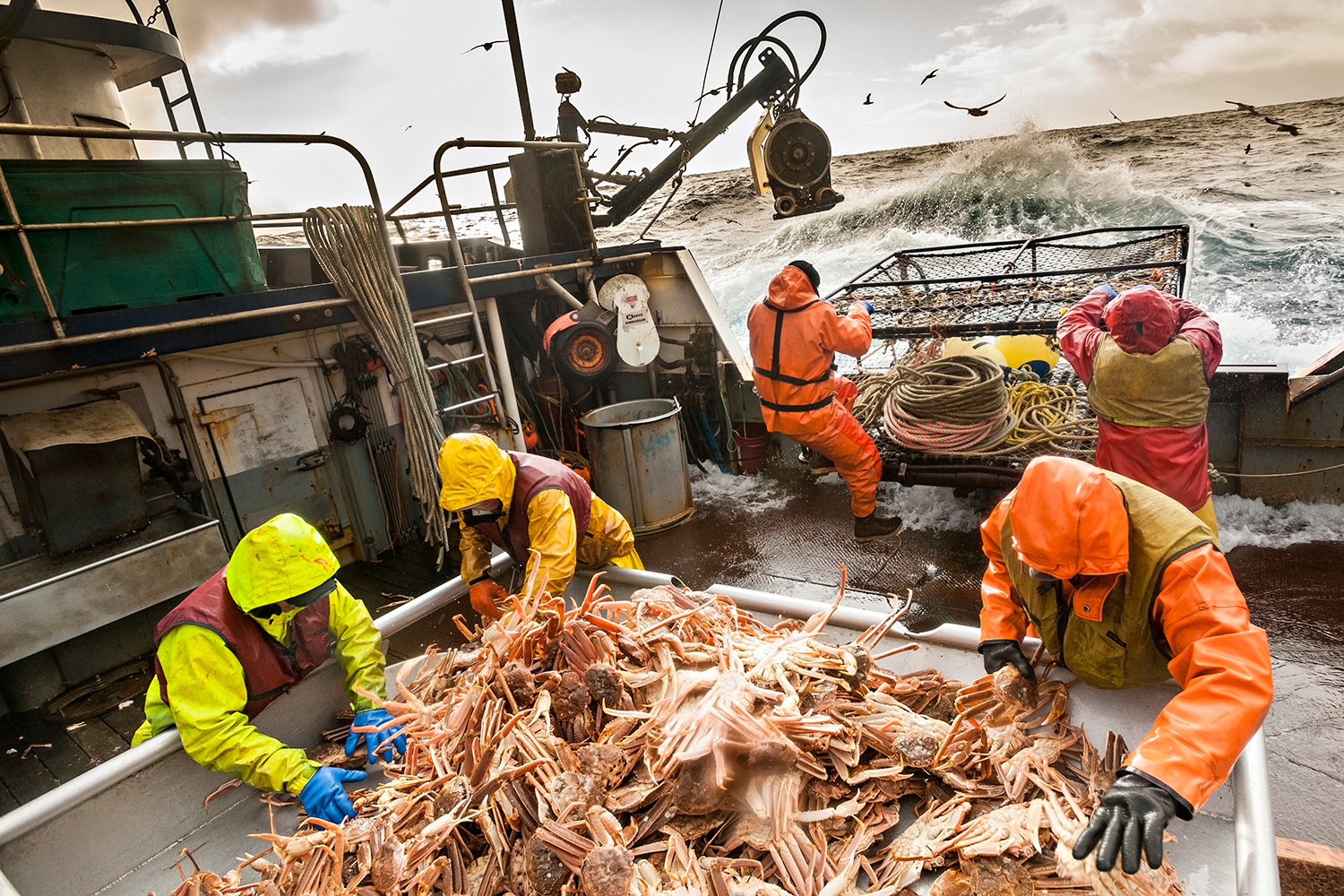 For the first time ever, the Alaska Department of Fish and Game has canceled Alaska’s snow crab (Chionoecetes opilio) harvest season. According to the state agency, the crustacean’s population has fallen below regulatory thresholds and this cancellation is necessary for the long-term conservation and sustainability of the species [1]2022/23 Bering Sea Snow Crab Season Closed. 1 (2022).. Additionally, for the second year in a row, the agency has canceled the harvest season for the Bristol Bay red king crab (Paralithodes camtschaticus), for the exact same reasons [2]2022/23 Bristol Bay Red King Crab Season Closed. (2022.

The numbers are shocking: From 2009 to 2020, the abundance of mature male Alaskan snow crabs in the East Bering Sea (the body of water off Alaska’s coast, where the harvest season takes place) shrunk by nearly 87%. The trend of Bering Sea snow crab decline has been continuing for decades and does not appear to be stopping or slowing down [3]Szuwalski, C. An assessment for eastern Bering Sea snow crab. 91..

Unlike the rapid shrinking of other maritime populations, the disappearance of the snow crab, and the harvest season’s subsequent cancellation, has garnered widespread media attention, largely because it’s a key export for the state. Businesses and individuals rely on the harvest season’s earnings to sustain themselves, and the industry brings in millions of tax dollars for the state government. In 2020, the harvest season saw a fleet of around 60 vessels net about $132 million worth of the crab, according to a report by the National Oceanic and Atmospheric Administration [4]Garber-Yonts, B. & Lee, J. ECONOMIC STATUS OF THE BSAI KING AND TANNER CRAB FISHERIES OFF ALASKA, 2021. (2022)..

Although one might attribute the problem to overfishing, scientists link the snow crab’s decline to a more widespread and far-reaching culprit: climate change. Here is why.

Alaskan snow crabs live in incredibly cold waters. In the Bering sea, the snow crabs live in a low-depth maritime zone unique to the body of water: the cold pool [5]Fedewa, Erin J., Tyler M. Jackson, Jon I. Richar, Jennifer L. Gardner, and Michael A. Litzow. “Recent Shifts in Northern Bering Sea Snow Crab (Chionoecetes Opilio) Size Structure and the Potential … Continue reading. During the winter of each year, the cold pool is formed when temperatures drop and a seasonal ice cover forms over the Bering sea. Like the cool shade of a large tree, the ice cover blocks out sunlight, reduces heat absorption, and lowers water temperature to slightly under 2° celsius. Even when temperatures rise in the spring and the surface of the ice sheet melts, the almost freezing temperatures of the cold pool are sustained [6]Clement Kinney, J. et al. On the variability of the Bering Sea Cold Pool and implications for the biophysical environment. PLOS ONE 17, 1–25 (2022)..

The cold pool is crucial for the survival of the Alaskan snow crab and serves as a protective habitat for the species – especially its juvenile offspring. This is because the cold pool’s near freezing temperatures are uninhabitable for their major predators such as the Pacific cod (Gadus macrocephalus) [7]Fedewa, Erin J., Tyler M. Jackson, Jon I. Richar, Jennifer L. Gardner, and Michael A. Litzow. “Recent Shifts in Northern Bering Sea Snow Crab (Chionoecetes Opilio) Size Structure and the Potential … Continue reading. The cold pool’s protection allows the snow crabs to live, reach maturity, and then reproduce. Without the cold pool, the species would be easily picked off and their numbers would dwindle [8]Clement Kinney, J. et al. On the variability of the Bering Sea Cold Pool and implications for the biophysical environment. PLOS ONE 17, 1–25 (2022).. Due to a rise in arctic temperatures caused by climate change, the cold pool is in jeopardy and the Alaskan snow crab with it.

As temperatures in the arctic climb, the seasonal ice sheet is not able to develop as far or wide and the size of the cold pool becomes smaller and smaller. Worse yet, researchers have discovered that the temperatures of Earth’s arctic regions are warming at an alarming rate of three times the speed of the global average. This phenomenon is known as ‘arctic amplification’ and is thought to be driven by factors such as enhanced oceanic heating (sea water’s ability to absorb and hold heat better than air)and a positive feedback loop in which less ice is present to reflect sunlight, leading to more light energy absorbed by the ground and ocean, which in turn causes more ice to melt [9]Rantanen, M. et al. The Arctic has warmed nearly four times faster than the globe since 1979. Commun Earth Environ 3, 1–10 (2022).. Arctic amplification has caused the region to lose more than 50% of its multiyear sea ice since 1999 [10]Kwok, R. Arctic sea ice thickness, volume, and multiyear ice coverage: losses and coupled variability (1958–2018). Environmental Research Letters 13, 105005 (2018).— bad news for the Alaskan snow crabs.

The reduced sea ice cover has stunted the development of the cold pools in the East Bering sea causing a shift in the Alaskan snow crab population. Seeking the protection of the cold pools, populations of snow crab have migrated from the Alaskan waters of the East Bering sea northward to the colder waters of higher latitude regions such as St. Matthew Island [11]Fedewa, Erin J., Tyler M. Jackson, Jon I. Richar, Jennifer L. Gardner, and Michael A. Litzow. “Recent Shifts in Northern Bering Sea Snow Crab (Chionoecetes Opilio) Size Structure and the Potential … Continue reading.

Whether individuals care about the cancellation of the Alaskan snow crab harvest season solely for the species’ preservation, economic reasons, or a mix of both, the issue highlights two important conservation issues: mass extinction due to climate change and rapidly melting sea ice. Nonetheless, the issues of conservation and economic prosperity are intertwined, and the loss of already scarce natural resources hurts everyone in the end. While it is easy to feel helpless in the face of such gargantuan issues, one person can still make a difference. Stay informed on environmental issues, contribute to conservation-based organizations such as Center for Biological Diversity or Earthjustice, and, although they may be tasty, cut back on the crab legs for dinner. 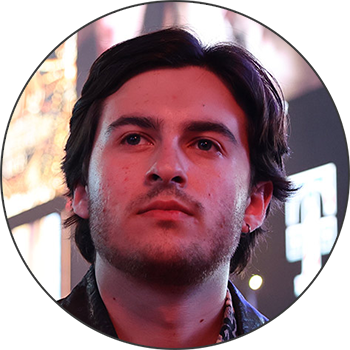 ← Prev: Whale Falls: The Basics Next: The Ocean’s Microplastic Crisis →