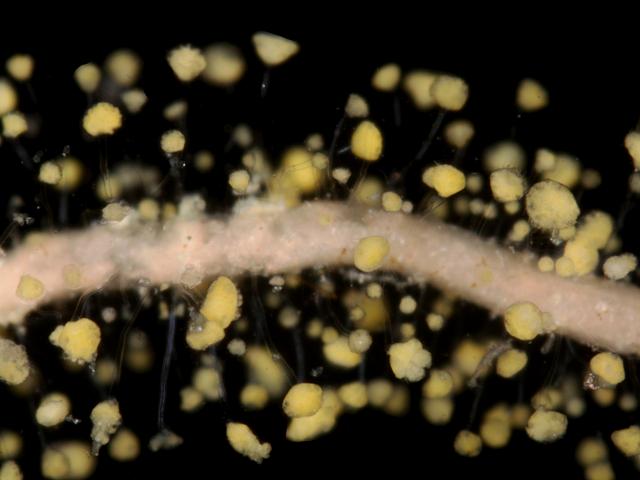 Are Marine Fungus Among Us?

At LegaSea Ecology we are focused on marine ecosystems- why would we have a blog talking about fungi? Well, what if we told you our terrestrial fungi had a marine counterpart? That’s right, fungi that live in the ocean! Welcome to today’s blogs where we will be talking about marine fungi and their role in oceanic systems.

I don’t know about you all, but it seems that fungi has become quite the hot topic in the past couple years, and I don’t mean just among scientists. Perhaps it is just my family and friends, but everyone seems to want to learn about foraging, collect fungi art pieces, read the latest research report- we just can’t seem to get enough!

Now, terrestrial fungi’s fame is entirely warranted and we could make an entire blog post on them alone, but as this is a marine focused channel, here are just a few quick facts:

There are three main groups of terrestrial fungi and they are determined based on a couple things: their life cycle, the presence and structure of their fruiting bodies, and the arrangement and type of spores they produce.

First, we have multicellular filamentous moulds. The moulds are made up of very fine threads called hyphae which grow on top of each other to create long branched chains. Multiples of these chains form mycelium networks. The top of the hyphae is called the hyphal tip, this is the site of enzyme secretion; this breaks down organic matter in the soil into consumable molecules taken up by the fungus for food. Some of the hyphae branches breach from underground and produce spores that can be carried by wind, rain, or insects to other environments, where, if the conditions are right, can grow and produce more hyphae and create the same network! [1]1.Society, “Fungi | What Is Microbiology?”

Next, we have macroscopic filamentous fungi. Much like the moulds that we just discussed, these fungi grow by creating a mycelium network from hyphal threads. However, unlike the moulds, macroscopic filamentous fungi produce visible fruiting bodies that we typically call mushrooms! The hyphal threads form and divide to produce each part of the mushroom, from the stalk, to the cap, to the gills! The gills, located underneath the mushroom cap, are covered with spores. A mushroom with a 10 centimeter cap can produce up to 100 million spores per hour! [2]1.Society, “Fungi | What Is Microbiology?”

Finally, there are the single celled microscopic yeasts. Yeasts are small, lemon-shaped, single cellular organisms that are about as big as  red blood cells! They reproduce asexually by budding off the parent cell, forming what are called daughter cells. While yeasts play an important role in brewing and baking, some yeasts are pathogens and can cause infections in people. [3]1.Society, “Fungi | What Is Microbiology?”

Fungi are incredibly important organisms in almost all habitats and perform vital functions as decomposers, drivers in nutrient cycles, parasites, and symbionts [4]2. Richards et al., “Marine Fungi.”. Currently, it is estimated that there are around 1.5-1.6 million fungi species on earth and as a result fungi represent  a great percentage of microbial diversity on our planet! [5]2. Richards et al., “Marine Fungi.”

Fungi thrive in nutritionally rich environments such as soils, sediments, detritus (disintegrated organic particles) [6]3. “Definition of DETRITUS.” environments and plant and animal host organisms. They can also be found in areas where they can easily attach to substrates, secrete enzymes for feeding, and take up nutrients [7]2. Richards et al., “Marine Fungi.”.

Now, do not get me wrong, terrestrial fungi are fantastic. In fact, they’ve really caught my interest after dipping my toe into the research, but I just can’t help but feel like we are seriously leaving out our marine fungi friends.

Marine fungi exists everywhere in the ocean, from hydrothermal vents and arctic ice, to deep ocean sediments and mangrove and coastal waters. [11]6.“Marine Fungi | Elsevier Enhanced Reader.” Marine fungi have adapted to be able to live on or inside many different marine organisms like algae, coral, sponges and even other marine fungi!

Typically in marine environments fungi are considered to be saprotrophs (organisms that extract nutrients from dead tissue),[15]9.“Saprotrophs – an Overview | ScienceDirect Topics.” symbionts, or parasites, though, it should be recognized that these limited functions of fungi in their environment are simply the result of scientific bias and research interest as well as the consequence of marine fungal evolution. So while they may be these things, they are potentially so much more. [16]2. Richards et al., “Marine Fungi.”

Marine Fungi in the Ocean

Marine fungi play many critical roles in the marine environment. Much like the fungi found on land, marine fungi found in mangroves and salt marshes establish symbiotic relationships with different plants and play key roles in nutrient cycling, the degradation of cellulose (what makes up the shells and structures of barnacles and mollusk shells) [18]2. Richards et al., “Marine Fungi.”and lignocellulose material. [19]6.“Marine Fungi | Elsevier Enhanced Reader.”

There are three types of degradation of lignocellulose by fungi that are recognized: white rot (the degradation of woods using enzymic and non-enzymic degradation), soft rot (degradation  of cellulose and hemicellulose accompanied by lignin degradation) , and brown rot (rapid cellulose and hemicellulose decay is attributed to non-enzymatic oxidation, with limited lignin degradation). Brown rot, it should be noted, is not recognized in marine environments because fungi using the brown rot method are not colonizers of very wet or waterlogged environments. [20]4.Hyde et al., “Role of Fungi in Marine Ecosystems.”The decomposition of cellulose and lignocellulose by fungi makes resulting detritus more palatable to detritivores, which are organisms that feed on dead organic material.

Marine fungi are easiest to define as pathogens (an organism that causes disease to its host) in marine communities. Fungal infections have been identified in coral, algae, crustaceans and marine mammals. [21]6.“Marine Fungi | Elsevier Enhanced Reader.” In fact, it was discovered that 3 of 34 mass mortalities in marine environments were attributed to fungi. [22]2. Richards et al., “Marine Fungi.”That being said, marine fungi in the deep sea, coral reefs, plankton communities and throughout the water column are not easily defined, though there is some evidence suggesting their presence in these areas. [23]6.“Marine Fungi | Elsevier Enhanced Reader.”

Additionally, although the research is difficult to conduct, it is suggested that the biomass of marine fungi exceeds that of bacteria, particularly in areas rich in organic carbon. [24]6.“Marine Fungi | Elsevier Enhanced Reader.”

Marine Fungi and the Anthropocene

Fungi are not immune to anthropogenic pollution, particularly that caused by sewage, oil spills, and leachate (a contaminated fluid that results from water percolating through landfills). [25]10. “Leachate – an Overview | ScienceDirect Topics.” Fungi in coastal and mangrove areas are particularly vulnerable. Petroleum hydrocarbon oil spills are major threats to marine organisms and that includes marine fungi; in fact, it has been suggested that hydrocarbons decrease fungal diversity. [26]4.Hyde et al., “Role of Fungi in Marine Ecosystems.”

While there have been studies that demonstrate the negative impacts that anthropogenic pollutants have on marine fungi diversity, there are other studies that demonstrate their ability to to combat these same pollutants, particularly in the removal of copper, lead, mercury and other metals that pose a threat to human health and natural ecosystems. [27]11. “Aquatic Fungi.”

While we have some information on marine fungi, it is believed that only 1% of marine fungi have been identified! [28]6.“Marine Fungi | Elsevier Enhanced Reader.” There are constraints that limit the acquiring of information by scientists on marine fungi diversity, abundance, physiology, gene function and biomass contribution. [29]11. “Aquatic Fungi.” As a result, scientists have the daunting task of reevaluating and reimagining new and more accurate sampling and fungal quantification techniques. I certainly hope they come up with something soon because I can’t get enough of these fun guys!

If you’d like to see the video we did on marine fungi make sure to check out our youtube channel @LegaSeaTV. If you have any questions, comments, or ideas for topics you’d like to see covered in the future please do not hesitate to send me an email at helena@yourlegasea.com. Take care!

← Prev: Spectacular Sponges Next: Into the Planet →