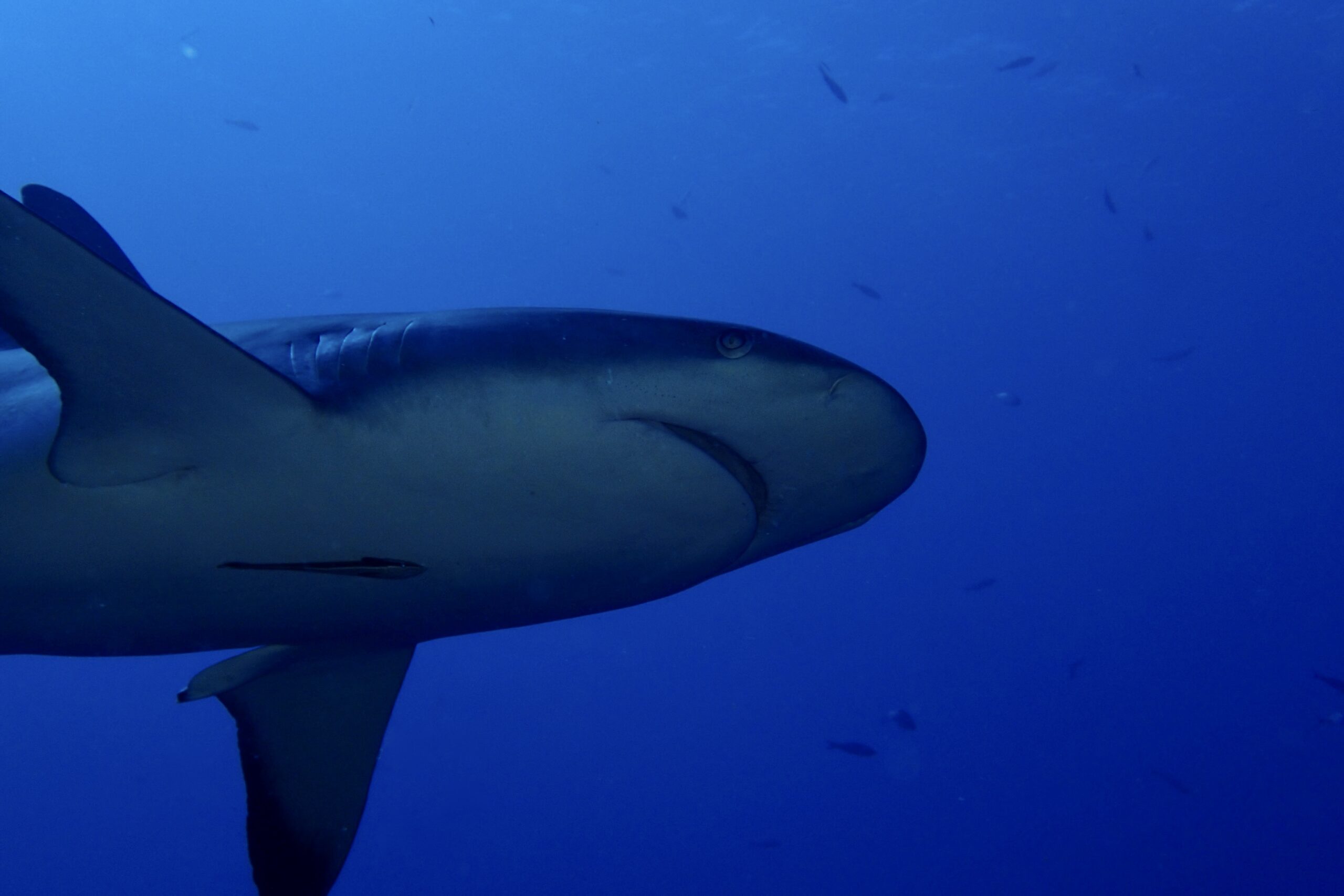 A Guide to Understanding Shark Behavior

Galeophobia or the fear of sharks (Selachimorpha) and the misconceptions of their “bloodthirsty” behavior have been circulating since the 18th century. Beginning with Carl Linneaus’ species description depicting armor-like teeth and aggressive tendencies, the vilification of sharks has only grown over time. Media misrepresentation and government initiatives to eliminate shark populations (such as netting and widespread depth charge deployment) have prevented the development of a better understanding of sharks and their behavior[1]Neff, C. & Hueter, R. Science, policy, and the public discourse of shark “attack”: a proposal for reclassifying human–shark interactions. J Environ Stud Sci 3, 65–73 (2013)..

The best way to overcome common misconceptions about sharks is to educate ourselves on identifying different behavioral characteristics they display, especially aggressive or agonistic ones. Agonistic behavior is a class of behavioral actions exhibited when an organism feels threatened or is preparing to react to a situation[2] Ritter, E. K. & Godknecht, A. J. Agonistic Displays in the Blacktip Shark (Carcharhinus limbatus). Copeia 2000, 282–284 (2000).. By understanding the agonistic indicators in shark species, those participating in ocean recreation can better prepare for any possible encounters. Understanding agonistic indicators will also help when classifying these encounters, demonstrating that sharks do not always take a reactive approach toward human beings. Agonistic displays are classified through movement, physical displays, or both. Common physical displays in most shark species include a prominently raised snout, downward bending of the pectoral fins, an arched back, and rapid opening and closing of the mouth[3]Martin, R. A. A review of shark agonistic displays: comparison of display features and implications for shark–human interactions. Marine and Freshwater Behaviour and Physiology 40, 3–34 (2007).. This behavior is accompanied by movements such as exaggerated side-to-side or parallel swimming, and rolling and/or spiral looping. Having a somewhat defined set of agonistic behavioral indicators provides a basis for identifying why and when a shark may act out. Even if we are unable to perfectly classify all agonistic indicators, knowing that sharks exhibit specific behaviors before “acting aggressively” helps diminish negative stereotypes directed towards them [4]Rodrigues-Filho, L. F. & Sales, J. B. D. L. Chondrichthyes: Multidisciplinary Approach. (BoD – Books on Demand, 2017).[5]NELSON, D. R. On the Field Study of Shark Behavior. American Zoologist 17, 501–507 (1977)..

So, You’ve Encountered a Shark, Now What?

Despite sharks often signaling before acting, it is still important to understand what to do when faced with an aggravated shark. They are wild animals and we must treat them as such. You wouldn’t want to approach an angry bear or moose, just like you wouldn’t want to approach a shark displaying agonistic behaviors. The following steps provide an outline of guidance if you find yourself faced with an agitated shark[7]Gibbs, L. & Warren, A. Transforming shark hazard policy: Learning from ocean-users and shark encounter in Western Australia. Marine Policy 58, 116–124 (2015)..

Understanding the Types of Shark Encounters

There are many types of shark encounters and ways in which sharks generally react to humans. Possessing knowledge of how a shark may approach provides a more significant basis for understanding how to react to that situation. Risk of injury is possible when dealing with sharks, but understanding why or how an encounter may occur is the best way to maintain your safety.

Although it can be intimidating to imagine being approached by a shark, understanding the encounters helps us to avoid them more successfully. Swimming or diving carries an inherent risk of encountering a shark, so if you intend on participating in these activities, you must acknowledge the potential. Being mindful and aware of your surroundings eliminates a lot of your risk. Studies done on different shark encounters demonstrated that most sharks displayed some degree of agonistic tendencies before approaching their “target,” so “know before you go” and educate yourself on shark behavior before entering a shark’s habitat [9]Caldicott, D. G. E., Mahajani, R. & Kuhn, M. The anatomy of a shark attack: a case report and review of the literature. Injury 32, 445–453 (2001).[10]The behavioural biology of marine fishes and sharks. The Behavioural Biology of Zoo Animals 253–268 (CRC Press, 2022). doi:10.1201/9781003208471-21..

The Importance of Understanding Sharks

Understanding sharks and how they interact with prey and humans is crucial not only to our safety when participating in marine recreation but also for conservation efforts. Humans are less likely to promote the conservation of organisms they are afraid of or deem pesky and dangerous[11]Mourier, J., Vercelloni, J. & Planes, S. Evidence of social communities in a spatially structured network of a free-ranging shark species. Animal Behaviour 83, 389–401 (2012).[12]Friedrich, L. A., Jefferson, R. & Glegg, G. Public perceptions of sharks: Gathering support for shark conservation. Marine Policy 47, 1–7 (2014).. The depiction of sharks as “bloodthirsty man-eaters,” not only mislabels them but takes away the protection they require and deserve as crucial members of marine ecosystems and food chains[13]Official Australian Shark Facts & Ocean Ecosystems. Shark Champions https://sharkchampions.org.au/issue/shark-ecosystem/.. By continuing our education on sharks and shark behavior, we can make the ocean a safer place for people to enjoy, and for sharks to live. For a species that has survived 450 million years on Earth, it is our job to ensure they receive the attention and protection they deserve without the harmful assumptions and stereotypes placed on their behavior[14]Shark evolution: a 450 million year timeline. https://www.nhm.ac.uk/discover/shark-evolution-a-450-million-year-timeline.html.. 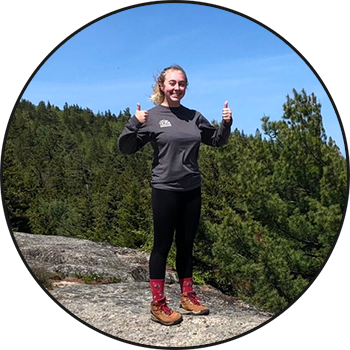 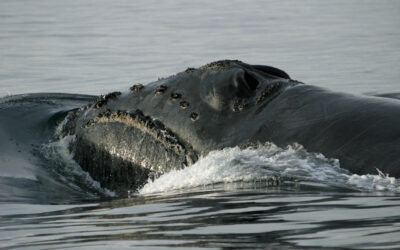 The Right Whale to Protect

The North Atlantic Right Whale (Eubalaena glacialis) has faced hundreds of years of anthropogenic threats and...

Why Sharks are Important for Marine Ecosystems

This past summer, a myriad of shark sightings on Cape Cod and Long Island prompted local officials to enact temporary... What are Whale Falls? Whale Falls are a deep ocean phenomenon that occur when a whale dies and its carcass sinks to...